For now, all those features are EXPERIMENTAL and aren't ready for production and are probably going to change again, if you still decide to use them don't expect them to be stable and follow to core development of YunoHost otherwise they might randomly breaks on your apps

Applications "actions" is a packaging feature that allow you to ship with your application a list of "actions" executable from both the cli and the admin interfaces.

"actions" are a list of custom commands that, optionally, has arguments (like the installation script of an application has arguments) and once called will called a specific selected command with those arguments. Like an "actions" restart service with a argument "service name" could called the command systemctl restart $some_service (but don't that specific action in your app, it's just for example purpose).

Their main purpose is to expose procedures that a sysadmin would normally do on CLI but that your application user would want to do but don't have the knowledge to do by themselves via ssh (or are just too lazy for that).

For example those could be: 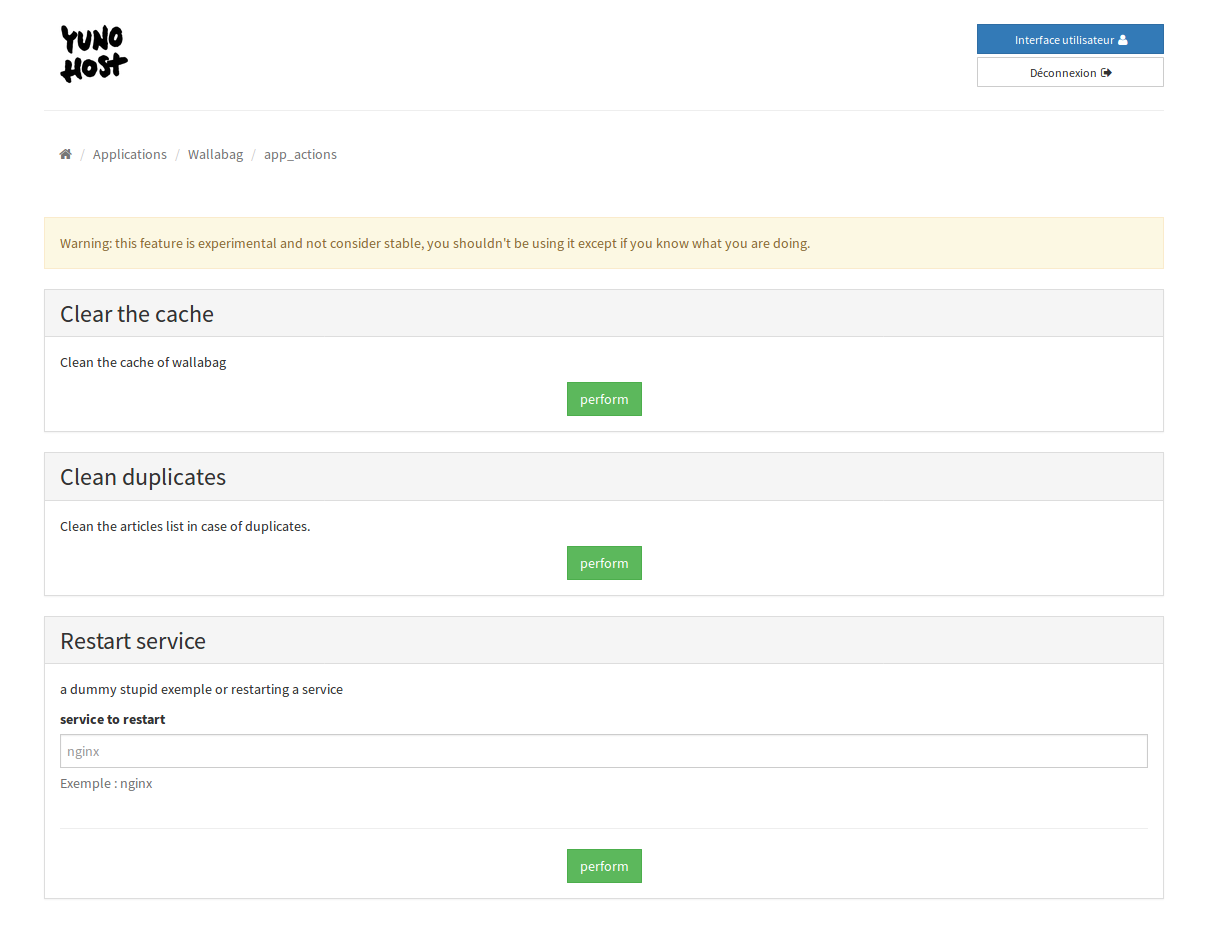 How to add actions to your application

Adding actions to your application is pretty simple as it is very similar to writing your manifest for the application installation.

You need to write an actions.toml file in your application at the root level like the manifest.toml/manifest.json.

The arguments are written in **[YunoHost Arguments Format](/packaging_apps_arguments_format)** like in `manifest.toml/json`

You can have as much actions as you want and from zero to as many arguments you want.

If you prefer, you can also write your actions in JSON like manifest.json:

How to use actions

The actions are located on https://some_domain.tld/yunohost/admin/#/apps/$app_id/actions

The CLI API is very similar to application installation. You have 2 commands:

list will obviously give you all actions for an application.

run will run an existing action for an application and will ask, if needed, values for arguments. Like with yunohost app install you can use the -a and pass arguments in the HTTP POST arguments format (like &path=/app&domain=domain.tld&other_value=stuff)